You are here: Home › About Goochland › Goochland History 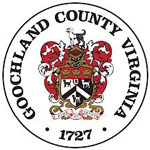 Goochland County was founded in May of 1728. The county was named after the Lieutenant Governor at the time, Sir William Gooch. When the Goochland was founded in 1728, it stretched all the way to the Blue Ridge Mountains in the west, and included land on each side of the James River. The following present day counties were once part of Goochland: Fluvanna, Albermarle, Cumberland, Appomattox, Buckingham, Powhatan, Chesterfield, Amherst, and Nelson.

During the Revolutionary war, Lord Cornwallis marched his troops through Goochland. For a time, they occupied Elk Hill in the western part of present day Goochland, before burning the house, fences, and barns. On the way to York Town, Cornwallis stopped on a hill in Goochland, overlooking the James River and proclaimed that it would be the site of his future home.

During the Civil War, many men from Goochland served in the Confederate Army. While there weren’t any major battles in Goochland, there were small skirmishes during the war. An old plantation home still standing today on Route 6 was rumored to be a busy Civil War Hospital.

Today, Goochland county is about 40 miles long, and 10 miles wide on average. The county has grown immensely, but is still home to numerous farms and lots of beautiful land. The eastern part of the county is now home to large employers such as Capital One, CarMax, Luckstone, Virginia Farm Bureau, The Federal Reserve Bank of Richmond, and more.